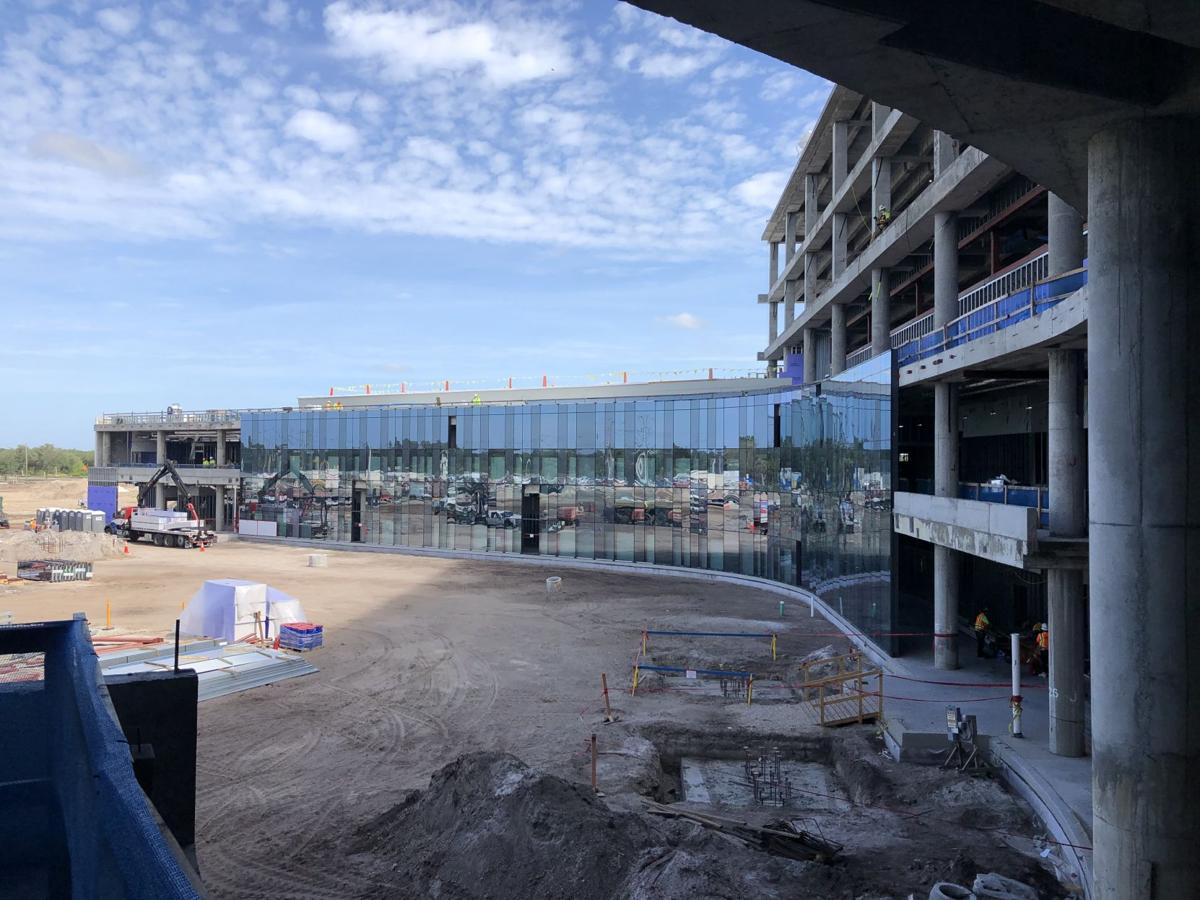 PROVIDED PHOTO The SMH-Venice 110-room hospital is expected to open this fall with 600-700 staff. 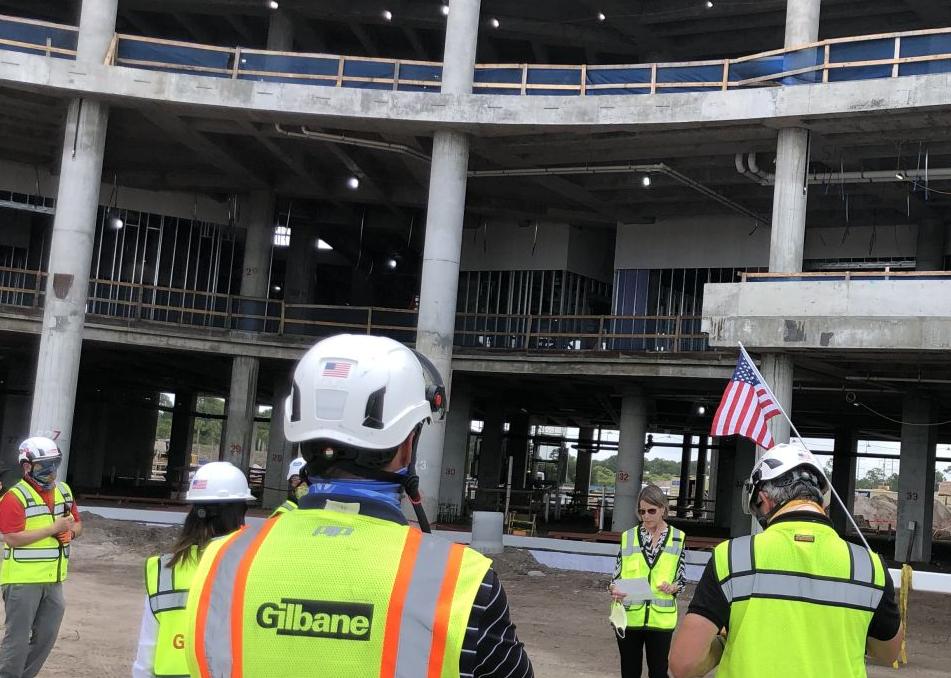 In April contractors and SMH officials marked the halfway point of construction of a five-story hospital off Laurel Road in Venice with a celebration.

PROVIDED PHOTO The SMH-Venice 110-room hospital is expected to open this fall with 600-700 staff.

In April contractors and SMH officials marked the halfway point of construction of a five-story hospital off Laurel Road in Venice with a celebration.

VENICE — Despite challenges to supply chains and uncertainties caused by the COVID-19 pandemic, construction continues on the new Sarasota Memorial Hospital building at Laurel and Pinebrook roads, just off Interstate 75.

On April 17, several representatives from Sarasota Memorial Hospital and its construction team gathered for a traditional, but socially distanced “topping out” ceremony to celebrate a major milestone — reaching the building’s highest level — 82 feet — and marking the pivotal halfway point in the hospital construction project, according to a press release issued by SMH.

In a ritual that dates back to ancient times, the construction team signed the highest beam and hoisted it to the rooftop along with a tree to symbolize bringing life to the building.

“Topping out is a transformational step in a building’s construction — and especially meaningful for the more than 600 workers who have persevered through months of rain, extreme heat and the many challenges and uncertainties of this pandemic,” SMH-Venice President Sharon Roush said. “It’s also an important milestone for SMH and the residents of south Sarasota County. It brings us ever closer to opening our new facility.”

General contractor Gilbane Building Co. noted that the construction team has worked 390 days and 321,500 hours since site preparation began in late February 2019 to bring the 365,000-square-foot, five-story hospital to this phase.

In recent weeks, the transformation has continued, with crews busily working on exterior walls and windows, framing interior rooms and spaces, and installing electrical, mechanical, medical gas and plumbing systems.

Slated to be complete in the fall of 2020, SMH-Venice will initially have 110 private patient rooms, a 28-room emergency care center and eight surgical suites.

The all-private suites include a 10-bed labor and delivery/post-partum unit, where women can deliver and room with their babies throughout their recovery. The 65-acre hospital campus is designed to be flexible and expandable, with the capacity to expand to 300 patient rooms, 16 operating rooms and a 50-bed emergency room to accommodate future growth.

Sarasota Memorial expects to open the Venice hospital with 600-700 staff members and bring its extensive physician base farther south, which in turn will help build the medical staff for a future SMH hospital in North Port.

Welcome to the discussion.

Keep it Clean. Please avoid obscene, vulgar, lewd, racist or sexually-oriented language.
PLEASE TURN OFF YOUR CAPS LOCK.
Don't Threaten. Threats of harming another person will not be tolerated.
Be Truthful. Don't knowingly lie about anyone or anything.
Be Nice. No racism, sexism or any sort of -ism that is degrading to another person.
Be Proactive. Use the 'Report' link on each comment to let us know of abusive posts.
Share with Us. We'd love to hear eyewitness accounts, the history behind an article.